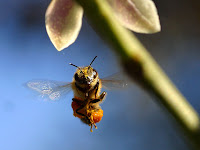 Integrative neuroscience is an odd biological science. Whereas most biologists would now agree that living organisms share a common evolutionary heritage and that, as a consequence, much can be learned about complex systems by studying simpler ones, systems neuroscientists seem generally quite resistant to this empirical approach when it is applied to brain function. Of course, no one now disputes the similarities between squid and macaque action potentials or between chemical synaptic mechanisms in flies and rats. In fact, much of what we know about the molecular biology of transmitter release comes form work carried out in yeast, which obviously possesses neither neurons nor brain. When it comes to computation, integrative principles, or "cognitive" issues such as perception, however, most neuroscientists act as if King Cortex appeared one bright morning out of nowhere, leaving in the mud a zoo of robotic critters, prisoners of their flawed designs and obviously incapable of perception, feeling, pain, sleep, or emotions, to name but a few of their deficiencies. How nineteenth century!

I do not dispute that large, complex systems such as mammalian cerebral cortices have their own idiosyncrasies, both worthy of intensive study and critical for mental life. [...] Yet considering our obsession with things cortical, can we say that we have, in over forty years, figured out how the visual cortex shapes the responses of simple and complex cells? Do we really understand the cerebellum? Do we even know what a memory is? Do we understand the simplest forms and mechanisms of pattern recognition, classification, or generalization? I believe that our hurried drive to tackle these immensely complicated problems using the most complex neuronal systems that evolution produced--have you ever looked down a microscope at a small section of Golgi-stained cerebral cortex?--makes little sense.

In defense of people who want to study the more complicated systems, Ed Callaway once said to me that there are two "model" approaches you can take. One, take a relatively simple system (e.g., the leech) and study the hell out of that. Another option is to take a relatively simple part of a complex system and study that(e.g., the retina, a single cortical column). Both approaches have their place.
Posted by Eric Thomson at 10/28/2008 01:34:00 PM 8 comments: